The title I wanted for this blog was going to be kaizen-zumi, which means getting good change done, the Japanese literal translation is improvement finished. This encapsulates the principle problem with most people’s lack of productivity, not that they have too many things to do, but rather the things they take on are never really completed.

Let’s face it, anyone can do a lot of things, and the more you do within a given period of time, the less you actually satisfactorily complete. Wouldn’t it be great if you could get a lot done, and everything you did that was completed was also done well, representing your best effort…a masterpiece.

This is a lot better than doing a bunch of things that have varying value ladened with shoddy work. This is the essence of Kaizen Done. It’s a system that is simple and powerful. It will help you develop habits that keep you organized and focused. Your desk and email inbox will be clean and clear.

Kaizen Done is built upon concepts taken from personal productivity systems like Getting Things Done, manufacturing processes like Toyota’s Production System and business processes like Kanban, and Agile methods like Scrum, which allow software to be delivered faster with fewer bugs and greater value. 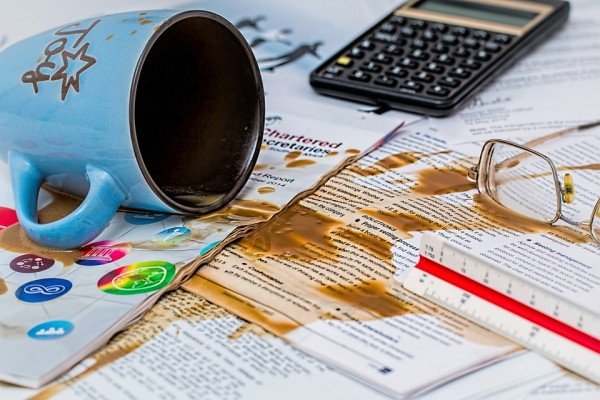 The cool part is that the method is super simple, so long as you develop the habits described in this book, the book won’t get it done for you. Only you can make good change happen, however you must want it, you must work to change your habits for the better, you must make good change done.

The secret is to find the right motivation, then start small and maintain focus. You’ll need to develop a system where the ultimate goal is to get things done to a high level of quality and value, before moving on to the next thing. And always look for ways to continually improve the process. You’re probably thinking,”No way…I’m so set in my ways.” Well I say, “Yes way, by using the habit-changing techniques in this book.”

If I can do it, the once epitome of procrastinators, then you can too. I quit smoking, started exercising, built several businesses from scratch, eating healthier, quadrupled my income, spend more quality time with my children, and now have more quality time for myself…all while getting more done.

I’ve also become more organized and productive thanks to Kaizen Done. My office used to be a shambles, the wife would come down and scowl at me, and ask how could I work in such a mess. I’d tell her not to touch anything, cuz I know where it all is…that was just an excuse to not have to clean it up. But she was right, how could I expect customers to believe in me when I couldn’t keep my own room clean?

There’s only so far you can take clutter before not only your physical world becomes chaos, but so does your mind. If a complex task was at hand I would quickly become overwhelmed, especially if it was near the end of month when accounting needed to be done and invoices needed to be sent and bills paid.

Several times the wife asked if I’d like to take a day trip on the weekend, “It’s gonna be a beautiful day,” she’d say…and I’d have to decline because things got piled up. Before long not only were the little things getting away from me, so were the big things. Messages went unanswered, the email inbox was overflowing, I was losing focus.

How could I have gotten to this point, I was a professional after all, I had run a major organization, oversaw multiple projects with hundreds of people, maintained great relationships with all our key customers…but that was a different time, it’s so simple when you can surround yourself with a lot of competent people, but when you’re a one man shop there’s no one to call, no one to handle this or that…it’s all on you.

The kicker was that I was an expert at business processes and efficiency…I could do it in my sleep in the large, but became lost on my own. That’s when I realized that all the agile processes I had been using to run an immense organization, could be scaled down to the individual. But how?

Again, the secret was changing habits, one by one. Simplifying my entire environment, try to start every day fresh and clean, no distractions and a limited list of clear prioritized objectives. Get one done and move to the next. I started by limiting that list to three. If I could just get three of the most pressing things done today, tomorrow would be a new day and I would be moving forward. 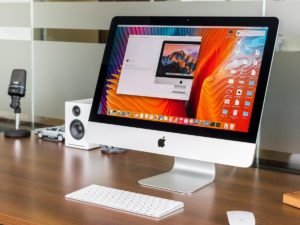 I started making lists, all kinds of lists, and while this was an improvement I realized it could be simplified. So, I cut down those lists to only the ones that made sense. I reduced the number of places I wood keep those lists, and found tools that would help.

My life is so much more in control now, it’s simplified and I am more focused. I get things done to completion, at an extremely high level of quality. I take pride in the little tasks in the same way as I do with larger ones. I make sure whatever it is, it gets done and done right.

Now I get a lot more done, and have more time to spend on those really important family things as well as more time for personal things, the things I like to do. I’m happier and more productive, all due to a few changes in my habits and adopting a simple process.

You can do it too. There’s nothing special about me, except that I made the commitment to change and did it. But I also recognize that the change is never done, there’s always room for improvement, and that’s what keeps me going, as the more habits I can change for the better, the less I do and the more I get done.