There’s this piece of advice my grandfather use to throw out there when the situation was right, when trying to make a decision with conflicting priorities. He used to say,

“If everything is important, then nothing is.” -Gramps Varitimos

Take the old Chinese proverb, “A journey of a thousand Chinese miles starts beneath one’s feet” a quote from chapter 64 of the Tao Te Ching ascribed to Laozi. Even the most difficult of journeys start with that first step, the key is that until you take it, nothing happens. So, are there are actually two things here, there’s the prioritization, deciding which is the first thing you do, then there’s the motivation.

Let’s suppose you have the motivation thing down, and we’re simply trying to figure out which thing to tackle first. Here’s a quick, easy todo process that might help. This is an interim step just to get you moving, we’ll talk about the heavy lifting decision making later on in the article.

3 Ways to Prioritize When Still Stuck

Ok, so the quickie way didn’t help, you’re still stuck on deciding which thing is more important. Again, I want you to be a bit reflective here, meditate on the concept that when everything is important, then nothing is. Let that sink in, try to get perspective. If this doesn’t help then try these things…

Ok, this wasn’t really one of the 6 ways, it was just another diversion to illustrate all the ways not to make decisions, unless you’re some kind of pansy ass that can’t do anything on your own. So, suck it up and get to work, we’ll start off with a method a president used. You can blame him if it doesn’t work. 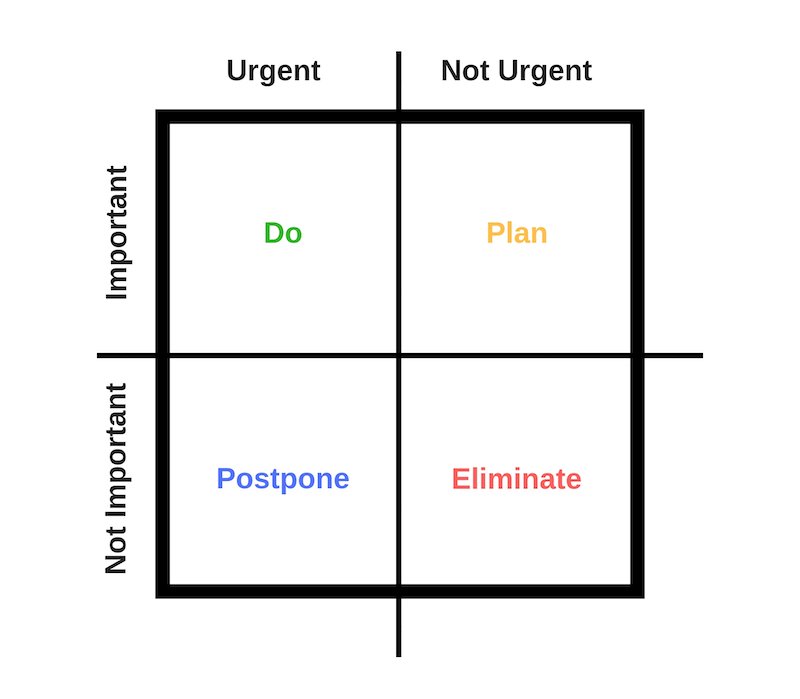 Developed by former US president Dwight Eisenhower, it’s a four-quadrant box that helps you separate “urgent” tasks from “important” ones.

Urgent tasks are things you need to do right away, like emails, phone calls, texts, or news. And important tasks are ones that contribute to your long-term values and goals.

Look at each tasks and ask which quadrants it belongs in. And then deal with them from top-left to bottom-right

The next method also draws on a very important person, the only non-president to appear on United States currency, Benjamin Franklin. His method, called the Ben Franklin Close, also known as “The Balance Sheet Close,” is a classic old time sales classic that can be easily adopted to making hard decisions.

If you were in sales, and you couldn’t get a yes out of your prospective customer, because they couldn’t make a decision, you would say something like this…

“Benjamin Franklin was one of our wisest citizens. Wouldn’t you agree, Mr. Johnson?” (Get prospect’s agreement.) “Whenever he was faced with a decision, and he had some pretty big ones back then, he would take a plain piece of paper, draw a line down the middle, and put a plus (+) on one half, and a minus (-) on the other.”

“In his genius he discovered that by listing all the positive elements on the plus side of the paper, and the negative things on the minus side, the decision would become obvious. Pretty sound concept, agreed?” (Get prospect’s agreement.)

“Let me show you how it works. Since you’re having a tough time deciding, let’s list the benefits – some of the reasons you may want to purchase. Then we’ll list the negatives. Fair enough?” (Get prospect’s agreement.)

It’s very important that you nod your head up and down and smile when you’re looking for agreement. 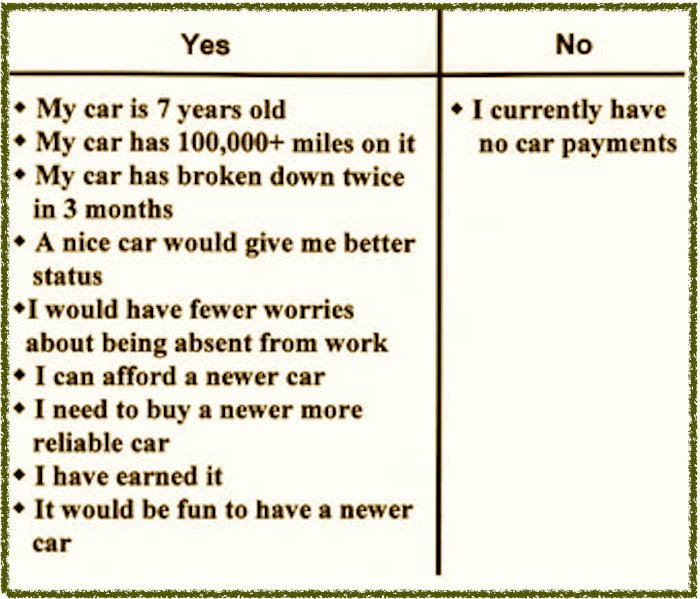 So, you write all the pros and cons, which will get you thinking, and make the problem real for you. And by the time you’ve exhausted all the plusses and minuses you can think of, weigh each item, with some arbitrary scale of importance, on both sides and add them up. Which ever side adds up more, that’s what you go with.

We’re on a roll, tapping into old timer methods, so why stop know. Let’s try the famous productivity consultant named Ivy Lee. This method is a ridiculously easy way to force prioritization of your daily work.

Here’s how it works:

Limiting yourself to 6 tasks (My preference is 3 tasks) each day creates a constraint that forces you to prioritize and stay focused by single-tasking your way through your list.

This is similar to the MIT, or Most Important Thing rule that I have, where I write down the 3 most important things I need to get done the next day, and focus on absolutely getting the first thing done, the first thing that I do.

If you have a favorite method, tell me about it in the comments below.